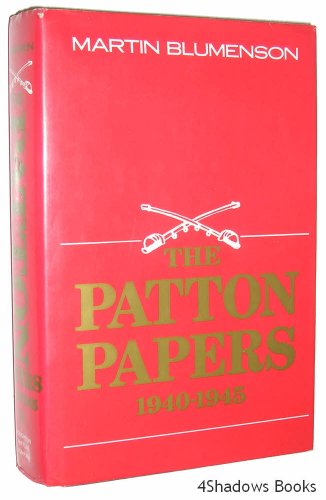 One of World War II's most brilliant and controversial generals, George S. Patton (1885-1945) fought in North Africa and Sicily, as commander of the Third Army, spearheaded the Allies' spectacular 1944-1945 sweep through France, Belgium, and Germany. Martin Blumenson is the only historian to enjoy unlimited access to the vast Patton papers. his many books include Masters of the Art of Command (available from Da Capo Press) and Patton: The Man Behind the Legend.

This volume focuses on George Patton, the man as a general.

Martin Blumenson is the author of a dozen books on military subjects.