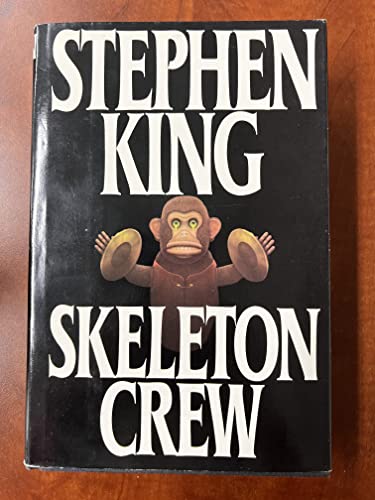 In the introduction to Skeleton Crew (1985), his second collection of stories, King pokes fun at his penchant for "literary elephantiasis," makes scatological jokes about his muse, confesses how much money he makes (gross and net), and tells a story about getting arrested one time when he was "suffused with the sort of towering, righteous rage that only drunk undergraduates can feel." He winds up with an invitation to a scary voyage: "Grab onto my arm now. Hold tight. We are going into a number of dark places, but I think I know the way."

And he sure does. Skeleton Crew contains a superb short novel ("The Mist") that alone is worth the price of admission, plus two forgettable poems and 20 short stories on such themes as an evil toy monkey, a human-eating water slick, a machine that avenges murder, and unnatural creatures that inhabit the thick woods near Castle Rock, Maine. The short tales range from simply enjoyable to surprisingly good.

In addition to "The Mist," the real standout is "The Reach," a beautifully subtle story about a great-grandmother who was born on a small island off the coast of Maine and has lived there her whole life. She has never been across "the Reach," the body of water between island and mainland. This is the story that King fans give to their friends who don't read horror in order to show them how literate, how charming a storyteller he can be. Don't miss it. --Fiona Webster

STEPHEN KING is a prolific and perennially bestselling author and an recognized master of the horror genre. He was the 2003 recipient of The National Book Foundation's Medal for Distinguished Contribution to American Letters.