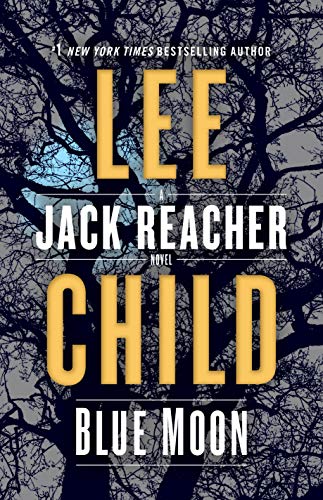 #1 NEW YORK TIMES BESTSELLER · In the next highly anticipated installment of Lee Child’s acclaimed suspense series, Jack Reacher comes to the aid of an elderly couple . . . and confronts his most dangerous opponents yet.

“This is a random universe,” Reacher says. “Once in a blue moon things turn out just right.”

This isn’t one of those times.

Reacher is on a Greyhound bus, minding his own business, with no particular place to go, and all the time in the world to get there. Then he steps off the bus to help an old man who is obviously just a victim waiting to happen. But you know what they say about good deeds. Now Reacher wants to make it right.

An elderly couple have made a few well-meaning mistakes, and now they owe big money to some very bad people. One brazen move leads to another, and suddenly Reacher finds himself a wanted man in the middle of a brutal turf war between rival Ukrainian and Albanian gangs.

Reacher has to stay one step ahead of the loan sharks, the thugs, and the assassins. He teams up with a fed-up waitress who knows a little more than she’s letting on, and sets out to take down the powerful and make the greedy pay. It’s a long shot. The odds are against him. But Reacher believes in a certain kind of justice . . . the kind that comes along once in a blue moon.

An Amazon Best Book of November 2019: In Blue Moon, Lee Child turns the saying “No good deed goes unpunished” on its ear. Reacher helps an elderly man in a spot of trouble (his good deed) but when it turns out the man was on his way to make his weekly payment to a loan shark, it’s the Albanian street gang holding the ledger which ends up taking the punishment. And if Reacher has to ignite a turf war between rival gangs in order to mete out that punishment, well, why should he try to solve just one problem when he might neatly square away two? It’s not much of a spoiler to reveal such a plot point—the fact is, Reacher is Kung Fu in denim, a knight-errant with an honorable discharge who rights wrongs wherever he goes. He’s the tall, "ugly," 250-pound former military investigator who makes revenge fantasies come true in book after book. And while the body count and the blood spatter index is high in this book, even by the standards of a Reacher novel, when readers discover why the old man needed the loan, they’ll be cheering Reacher on with every page. —Vannessa Cronin, Amazon Book Review

Lee Child is the author of twenty-three New York Times bestselling Jack Reacher thrillers, with fourteen having reached the #1 position, and the #1 bestselling complete Jack Reacher story collection, No Middle Name. All his novels have been optioned for major motion pictures—including Jack Reacher (based on One Shot) and Jack Reacher: Never Go Back. Foreign rights in the Reacher series have sold in one hundred territories. A native of England and a former television director, Lee Child lives in New York City.