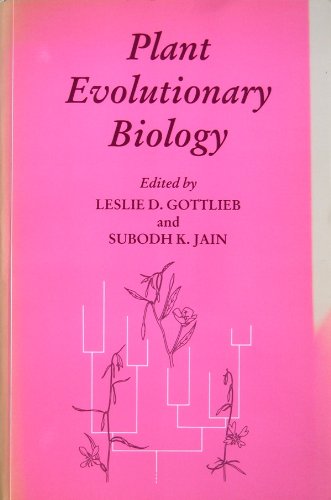 There are still heroes in science. They are recognized because the issues and problems they chose to study became the issues and problems of a major field of research. They are also recognized because their insights and solutions are the ones that are tested and evaluated when new ideas and technologies become available. In the field of plant evolutionary biology, the hero is George Ledyard Stebbins. His first scientific publi­ cation appeared in 1929 and has been followed by nearly 60 magnificent years of seminal ideas, proofs, and proposals that defined much of what was worth doing in plant biosystematics, evolution and biological conser­ vation. His energy, enthusiasm and good humor (widely shared at many congresses and symposia in the 'Singalongs with Stebbins') made him a wonderful teacher for both undergraduates and graduate students. He is the mentor of several generations of botanists, plant geneticists and evo­ lutionists. A brief biography and publication list were included in Topics in Plant Population Biology, edited by Otto T. Solbrig, Subodh Jain, George Johnson and Peter Raven (Columbia University Press, 1979) which resulted from a symposium held on the occasion of Ledyard Stebbins' 70th birthday. In this volume, population biology and physio­ logical ecology received major attention particularly in relation to plant form and function.

Book Description Chapman & Hall. Paperback. Condition: Very Good. A copy that has been read, but remains in excellent condition. Pages are intact and are not marred by notes or highlighting, but may contain a neat previous owner name. The spine remains undamaged. At ThriftBooks, our motto is: Read More, Spend Less. Seller Inventory # G0412293005I4N00

Book Description Springer, 1988. Condition: Good. A+ Customer service! Satisfaction Guaranteed! Book is in Used-Good condition. Pages and cover are clean and intact. Used items may not include supplementary materials such as CDs or access codes. May show signs of minor shelf wear and contain limited notes and highlighting. Seller Inventory # 0412293005-2-4

Book Description Chapman and Hall, 1988. Condition: Fair. This is an ex-library book and may have the usual library/used-book markings inside.This book has soft covers. In fair condition, suitable as a study copy. Please note the Image in this listing is a stock photo and may not match the covers of the actual item,800grams, ISBN:9780412293009. Seller Inventory # 6026098