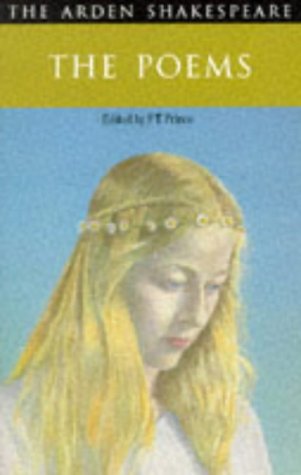 Critical notes and scholarly comments accompany Venus and Adonis, Lucrece, The passionate pilgrim, and The phoenix and the turtle.

The best-known and most enduring of William Shakespeare's poems, his 154 sonnets, were circulated in handwritten copies, "among his private friends," in the mid-to-late 1590s. Shakespeare wrote nearly all of these excruciatingly personal lyrics, in their tightly prescribed form, during the first decade of his theatrical career, and during a brief literary vogue for such fourteen-liners. The first attempt to collect Shakespeare's lyric verse came only in 1640, when an edition in small octavo format (a "pocket" style in keeping with other mid-century poetical volumes) was published by John Benson, a bookseller specializing in broadside ballads, popular literature, and music. The 1640 Poems has influenced readers and editors for nearly two hundred years, simply by collecting in one hand-friendly volume most of Shakespeare's best-loved lyric poetry. This superb digital edition of the original work enables today's reader to share their experience. - excerpt from the commentary by Arthur Freeman on the CD-ROM