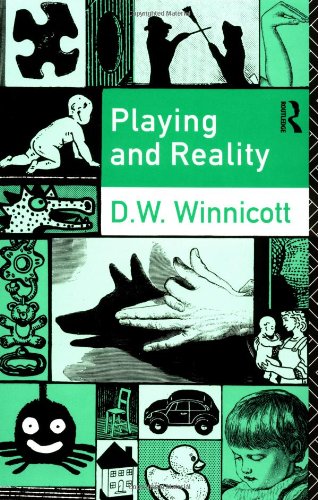 D.W. Winnicott's distinctive contribution to our understanding of human development, based on extensive clinical work with babies and young children, is known and valued the world over.
In Playing and Reality he is concerned with the springs of imaginative living and of cultural experience in every sense, with whatever determines an individual's capacity to live creatively and to find life worth living. The ideas expressed here extend the theme first put forward in his paper 'Transitional Objects and Transitional Phenomena' published in 1953. They relate to an area of experience that has for centuries been a recurrent preoccupation of philosophers and poets. This intermediate area, between internal and external reality, is intensely personal, since its existence depends, as does the use that can be made of it, on each individual's early life experiences. If children can utilize this realm to initiate their relationship with the world, first through transitional objects, and later through play and shared playing, then cultural life and enjoyment of the cultural heritage, will be open to them.

Donald Winnicott began his medical career in the field of paediatrics, but gradually became more and more interested in the study of child psychology. During his career he was President of the British Psycho-Analytical Society. President of the Paediatric Section of the Royal Society of Medicine, and Chairman of the Medical Section of the British Psychological Society. He died shortly after Completing Playing and Reality, which has since become a classic work of reference.

'Winnicott was the greatest British psychoanalyst who ever lived. He writes beautifully and simply about the problems of everyday life - and is the perfect thing to read if you want to understand yourself and other people better.' - Alain de Botton