Items related to Is Nothing Sacred? 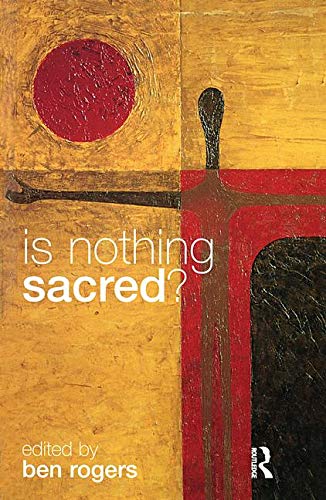 We call many things sacred, from cows, churches and paintings to flags and burial grounds. Is it still meaningful to talk of things being sacred, or is the idea merely a relic of a bygone religious age? Does everything - and every life - have its price?

Is Nothing Sacred? is a stimulating and wide-ranging debate about some of the major moral dilemmas facing us today, such as the value of human life, art, the environment, and personal freedom.

Packed with clearly presented controversial issues, we are asked to decide whether we should revere life when someone chooses to die, preserve the giant California redwoods, cherish Vermeer's originals for their own sake, or curtail personal freedom for the greater good. Ronald Dworkin argues that the concept of the scared is essential to any human ethics, and Simon Blackburn explains why he thinks 'a humanist should not feel guilty at the emotions of awe and reverence that can be inspired by great religious works of art. Throughout, the idea of the sacred in a secular age is hotly debated amongst the authors and put to the test: should it be abandoned altogether, or does it still have something to teach us?

'A collection that demands to be read by anyone with an interest in philosophy, even (perhaps especially) if they have a faith' – David Self, Times Educational Supplement

'This is a collection that demands to be read by anyone with an interest in philosophy.' – Times Education Supplement

Book Description Condition: New. Brand New Original US Edition.We Ship to PO BOX Address also. EXPEDITED shipping option also available for faster delivery.This item may ship fro the US or other locations in India depending on your location and availability. Seller Inventory # AUDECC-30674