Items related to Demand the Impossible: Science Fiction and the Utopian...

Demand the Impossible: Science Fiction and the Utopian Imagination 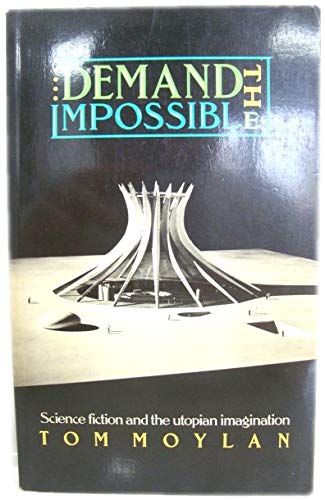 Although published in 1986, Demand the Impossible was written from inside the oppositional political culture of the 1970s. Reading works by Joanna Russ, Ursula K. Le Guin, Marge Piercy, and Samuel R. Delany as indicative texts in the intertext of utopian science fiction, Tom Moylan originated the concept of the «critical utopia» as both a periodizing and conceptual tool for capturing the creative and critical capabilities of the utopian imagination and utopian agency. This Ralahine Classics edition includes the original text along with a new essay by Moylan (on Aldous Huxley’s Island) and a set of reflections on the book by leading utopian and science fiction scholars.

«This is a book for our time. In an age of individual self-enhancement schemes and neo-liberal apologies for unjust and unequal structures, it urges us to imagine a world of justice, freedom, and dignity for people and living things. It says: May your dreams be bold, your desires unfettered, and your commitment to a better world shared. Demand the Impossible!»
(Angelika Bammer, Associate Professor of Interdisciplinary Humanities, Emory University)

«When this groundbreaking and oddly disentimed book first appeared, it recalled the possibilities of the past that Thatcher and Reagan were eradicating - not as nostalgic anamnesis but as an invocation of futures not yet shut down. In the darker days of neo-liberal hegemony, fracturing everywhere yet monstrously persisting, Demand reappears as anagnorisis - a future-oriented radical memory, a trace of what could have been and an invocation of what could still be. We do not live in the better future for which Moylan hoped when Demand was first published, but it is a better world for having such a book in it.»
(Mark Bould, Reader in Film and Literature, University of the West of England)

«This book already has iconic standing as a foundational text in understanding utopias, and in seeing how the critical utopias of the 1970s were major innovations in the way literature speaks to the social realities of its time. Now, this enhanced edition, with its provocative new chapter on Island, and a truly interesting discussion by many of Moylan’s colleagues, makes for a fascinating and useful new version of a classic. As we go forward in this century we will need to be thinking about utopia more than ever, so I hope and trust Moylan’s cognitive map will be widely read. Go little book!»
(Kim Stanley Robinson, author of Pacific Edge, the Mars Trilogy, and 2312)

«Tom Moylan’s book is undoubtedly a cornerstone of both science fiction and utopian scholarship. The concept of critical utopia, which Moylan introduced almost 30 years ago, has long been part of our shared nomenclature.»
(Simon Spiegel, SFRA Review 311, 2015)

1. Demand the Impossible: Science Fiction and the Utopian Imagination