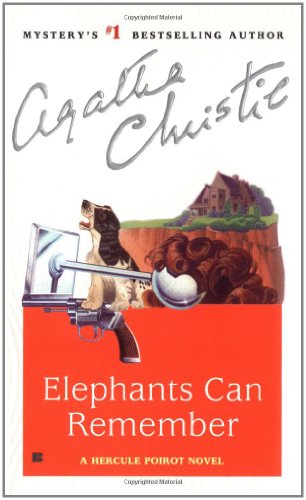 A tenacious mystery writer calls on his old friend, the redoubtable Hercule Poirot, to help him reopen the twelve-year-old case of Lord and Lady Ravenscroft, whose mysterious deaths were ruled a double homicide. Reissue.

Hercule Poirot stood on the clifftop. Here, many years earlier, there had been a fatal accident. This was followed by the grisly discovery of two bodies—a husband and wife who had been shot dead.

But who had killed whom? Was it a suicide pact? A crime of passion? Or cold-blooded murder? Poirot delves into the past and discovers that “old sins leave long shadows.”

Hugh Fraser is an English actor and theater director who is best known for his portrayal of Captain Hastings in the television series Agatha Christie's Poirot. He studied acting at Webber Douglas Academy of Dramatic Art and is currently an associate tutor, director, and member of the audition panel at the Royal Academy of Dramatic Art, specializing in Shakespeare.