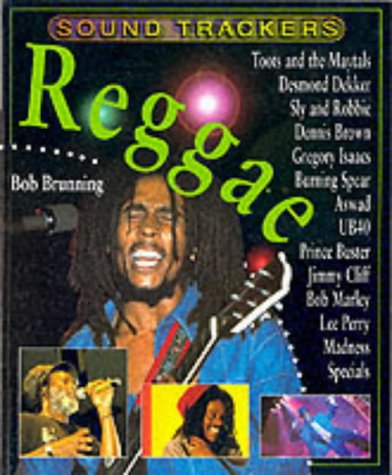 Looking at reggae, this is one of a series which considers leading exponents of various kinds of popular music and their impact on modern culture. The author is a former bass player with Fleetwood Mac who has also been a head teacher.

Grade 5-9-These slim volumes have the same format: one or two page encyclopedialike entries with four or five paragraphs of text for 12 to 14 artists. The entries are arranged alphabetically, and thus give no sense of the historical context of the musician's work. They do, however, move along with the breathless pace of a press release. Some of the artists covered in Reggae are a bit obscure, although major figures such as Bob Marley, Jimmy Cliff, and UB40 are included. Those in Rock 'n' Roll are all recognizable figures from the early days of rock, such as Chuck Berry, Buddy Holly, and Elvis. Brunning even includes evaluative comments, showing a definite point of view, which is unusual in books of this type. A CD icon gives the titles and dates of important albums released by the artist, but neglects to include the record label. Sidebars offer additional information. Serviceable black-and-white and color photographs appear in both volumes. Readers interested in the evolution of reggae would find Sean Dolan's Bob Marley (Chelsea, 1996) much more enlightening, and those looking for an overview of rock 'n' roll would be better served by David Shirley's The History of Rock and Roll (Watts, 1997).
Tim Wadham, Maricopa County Library District, Phoenix, AZ
Copyright 1999 Reed Business Information, Inc.

Book Description Paperback. Condition: Used; Good. Dispatched, from the UK, within 48 hours of ordering. This book is in good condition but will show signs of previous ownership. Please expect some creasing to the spine and/or minor damage to the cover. Seller Inventory # CHL6577048

Shipping: US$ 5.53
From United Kingdom to U.S.A.
Destination, rates & speeds

Book Description Paperback. Condition: Good. Ex-Library Book. Has usual library markings and stamps inside. All orders are dispatched the following working day from our UK warehouse. Established in 2004, we have over 500,000 books in stock. No quibble refund if not completely satisfied. Seller Inventory # mon0005665926

Shipping: US$ 8.34
From United Kingdom to U.S.A.
Destination, rates & speeds

Shipping: US$ 7.64
From United Kingdom to U.S.A.
Destination, rates & speeds