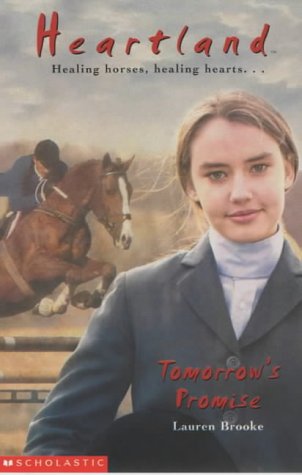 Heartland is a horse farm nestled in the hills of Virginia, but it's much more than that. Heartland is a place like no other - a place where the scars of the past can be healed, a place where frightened and abused horses learn to trust again. When Amy meets Daniel, she is stunned. She can't figure out how someone with so much love for his horse can be so cold to everyoneelse. But as Amy gets to know Daniel, she begins to understand him. She respects that he won't give in to the spectacle of the show circuit-and that he doesn't care what others say about his horse. Daniel rides Amber like it's the two of them against the world. Amy knows they could be the best one day-but how far will Daniel go to win?

LAUREN BROOKE lives outside London in an old English farmhouse. She divides her time between writing and mucking out the stalls of her two horses. In addition to writing the twenty-four Heartland books, Lauren is the author of the Chestnut Hill series.