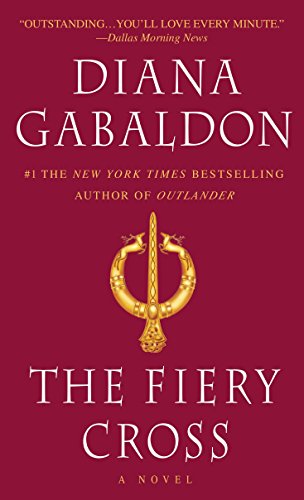 The year is 1771, and war is coming. Jamie Fraser’s wife tells him so. Little as he wishes to, he must believe it, for hers is a gift of dreadful prophecy—a time-traveler’s certain knowledge.

Born in the year of Our Lord 1918, Claire Randall served England as a nurse on the battlefields of World War II, and in the aftermath of peace found fresh conflicts when she walked through a cleftstone on the Scottish Highlands and found herself an outlander, an English lady in a place where no lady should be, in a time—1743—when the only English in Scotland were the officers and men of King George’s army.

Now wife, mother, and surgeon, Claire is still an outlander, out of place, and out of time, but now, by choice, linked by love to her only anchor—Jamie Fraser. Her unique view of the future has brought him both danger and deliverance in the past; her knowledge of the oncoming revolution is a flickering torch that may light his way through the perilous years ahead—or ignite a conflagration that will leave their lives in ashes....

The fiery cross, once used to summon Highland clans to war, now beckons readers to take up Diana Gabaldon's fifth installment in the Outlander series featuring the time-traveling Frasers. Historical fiction fans who have waited four long years since the publication of Drums of Autumn will thrill to Gabaldon's trademark detail and sensuality, both displayed liberally throughout the nearly 1,000 pages of The Fiery Cross. In this pre-Revolutionary War period, Claire Fraser and her husband, Jamie, have crossed oceans and centuries to build a life together in the bucolic beauty of North Carolina. But tensions both ancient and recent threaten not only Claire and James, but their daughter, Brianna, her new husband, Roger, and their infant son, Jemmy, as well as members of their clan. Gabaldon delivers on what she does best: poignant storylines, empathetic characters, meticulous detail, and searing passion. Savor every carefully chosen word, readers; it may be a long time until the next installment! --Alison Trinkle

Crossing the boundaries of genre with its unrivalled storytelling, Diana Gabaldon's new novel is a gift both to her millions of loyal fans and to the lucky readers who have yet to discover her.
In the ten years since her extraordinary debut novel, "Outlander, was published, beloved author Diana Gabaldon has entertained scores of readers with her heart-stirring stories and remarkable characters. The four volumes of her bestselling saga, featuring eighteenth-century Scotsman James Fraser and his twentieth-century, time-travelling wife, Claire Randall, boasts nearly 5 million copies in the U.S.
The story of "Outlander begins just after the Second World War, when a British field nurse named Claire Randall walks through a cleft stone in the Scottish highlands and is transported back some two hundred years to 1743.
Here, now, is "The Fiery Cross, the eagerly awaited fifth volume in this remarkable, award-winning series of historical novels. The year is 1771, and war is approaching. Jamie Fraser's wife has told him so. Little as he wishes to, he must believe it, for hers is a gift of dreadful prophecy - a time-traveller's certain knowledge. To break his oath to the Crown will brand him a traitor; to keep it is certain doom. Jamie Fraser stands in the shadow of the fiery cross - a standard that leads nowhere but to the bloody brink of war.

The Fiery Cross (Paperback or Softback)