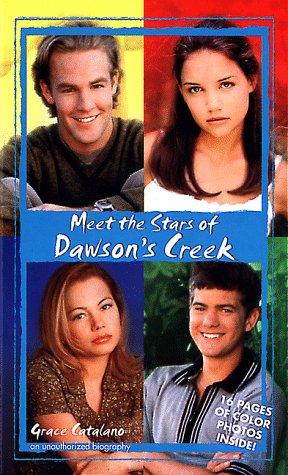 In its first four weeks on the air, the show received a 5.2 Nielsen rating, reaching more than five million homes. According to the ratings, Dawson's Creek is the number one show among girls twelve to seventeen and number four among teens overall. It is currently the WB's highest-rated show, ahead of the popular Buffy the Vampire Slayer, which is Dawson's lead-in on Tuesday night.

What are the secret ingredients that make Dawson's Creek stand out? Why has it become a hit in such a short time? Perhaps the appeal of Dawson's Creek can be summed up by Kevin Williamson, the show's creator-producer, who is also famous as the writer behind Scream and Scream 2. He says, "I think it's [the show is] truthful. There's nothing preachy about it. The moment anyone says anything that sounds like a message, the characters discard it. They go, 'So what did we learn from this 90210 moment?'"

That may be one of the attractions, but the main reason for tuning in is to catch up with the show's four gorgeous headliners. Almost overnight, Dawson's Creek has transformed a quartet of relatively anonymous young actors into stars. James Van Der Beek (Dawson Leery), Joshua Jackson (Pacey Witter), Michelle Williams (Jennifer Lindley), and Katie Holmes (Joey Potter) have slipped into their roles with such ease and style that it seems as if they were born to play them. Their chemistry is explosive, their timing is terrific, and their appeal is sensational.

Just one month after the show's debut, these four fresh faces began gracing the covers of magazines like Seventeen, YM, and Teen. TV Guide dedicated a separate collectible cover to each of the hot young stars--and the magazines flew off the shelves. Fans of the show have now become fans of its stars. They can't get enough of this fab foursome!

It seems as if everyone is asking the same questions. Who are these young actors? Where did they come from? What are they really like? This book covers the very private lives of TV's hottest four new stars--so sit back and enjoy!