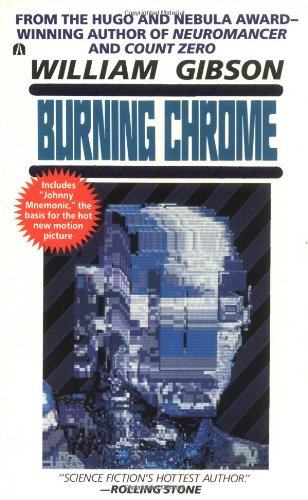 Ten brilliant, streetwise, high-resolution stories from the man who coined the word cyberspace. Gibson's vision has become a touchstone in the emerging order of the 21st Century, from the computer-enhanced hustlers of Johnny Mnemonic to the technofetishist blues of Burning Chrome. With their vividly human characters and their remorseless, hot-wired futures, these stories are simultaneously science fiction at its sharpest and instantly recognizable Polaroids of the postmodern condition.

Williams Gibson was the first author to win the Hugo, Nebula, and Philip K. Dick award also known as the “triple crown” of Science Fiction, on his debut novel Neuromancer. He lives in Canada and continues to write award winning critically acclaimed science fiction.