Items related to Here Be Monsters 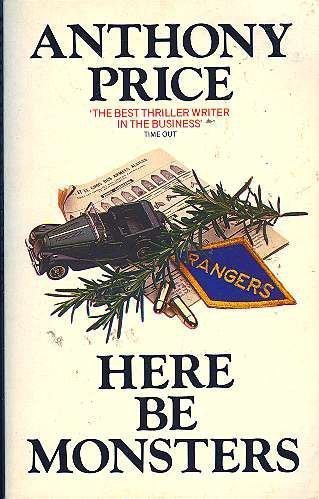 The assassination of former U.S. Army Ranger and spy Edward Parker during the D-Day invasion memorial ceremonies impels Dr. David Audley to recognize his fatal miscalculation and act to avenge it

Born in Hertfordshire in 1928, Anthony Price was educated at King's School, Canterbury, and Oxford. His long career in journalism culminated in the Editorship of the Oxford Times. His 1970 debut, The Labyrinth Makers, won the CWA Silver Dagger; his hero, Dr David Audley, historian and spy, featured in this and 18 subsequent novels.

Intended as a sophisticated thriller in the mold of Le Carre, this is a laboriously paced novel that fails to generate much drama or suspense. When an American veteran of D-Day dies in Normandy on the 40th anniversary of the invasion, the event marks the opening of a chess game between the KGB and British Intelligence. In occasionally bewildering sequence, the thread of the story goes from the dead American, a suspected Soviet agent, to a group of British men who may also be KGB. It is up to Elizabeth Loftus, a neophyte in the world of espionage, to ferret out the answers with the assistance of her superior, David Audley, whose own loyalties are suspect because he had investigated these men some 30 years earlier and found nothing suspicious. While the plot is interesting, it is not related in a manner tht grips the reader, and the book ultimately flounders in wordiness. 50,000 ad/promo.
Copyright 1986 Reed Business Information, Inc.