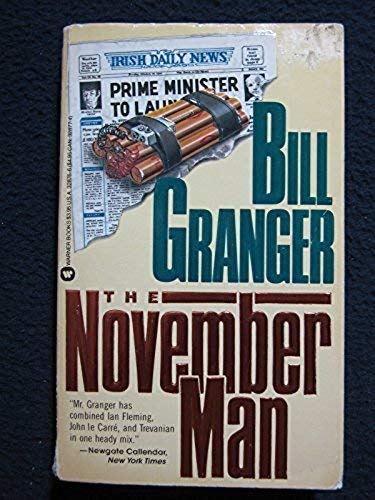 An award-winning novelist and reporter, Bill Granger began his literary career in 1979 with Code Name November (first published as The November Man), the book that became an international sensation and introduced the cool American spy who later gave rise to a whole series. His second novel, Public Murders, a Chicago police procedural, won the Edgar Award from the Mystery Writers of America in 1981.
In all, Bill Granger published twenty-two novels, including thirteen in the November Man series, and three nonfiction books. His books have been translated into ten languages. He also wrote for the Chicago Tribune, the Chicago Sun-Times, Newsday, Time, and The New Republic, contributing articles about crime, cops, politics, and covering such events as the race riots of the late 1960's and the 1968 Democratic Convention. Bill Granger passed away in 2012.

"Stylishly written, suspenseful, and chock-full of the neat little gimicks of spycraft...The return of the November Man is good news for fans."―Houston Post