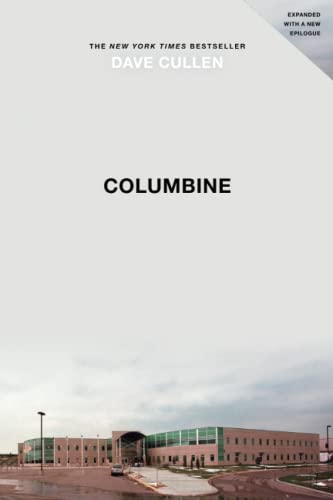 A masterpiece of reportage, this is the definitive account of the Columbine massacre, its aftermath, and its significance, from the acclaimed journalist who followed the story from the outset.
"The tragedies keep coming. As we reel from the latest horror . . ."
So begins a new epilogue, illustrating how Columbine became the template for nearly two decades of "spectacle murders." It is a false script, seized upon by a generation of new killers. In the wake of Parkland, Charleston, Newtown, Aurora, and Virginia Tech, the imperative to understand the crime that sparked this plague grows more urgent every year.
What really happened April 20, 1999? The horror of Columbine left an indelible stamp on the American psyche, but most of what we "know" is wrong. It wasn't about jocks, goths, or the Trench Coat Mafia. Dave Cullen was one of the first reporters on scene, and spent ten years on this book -- widely recognized as the definitive account. With a keen investigative eye and psychological acumen, Cullen draws on mountains of evidence, insights from the world's leading forensic psychologists, and the killers' own words and drawings -- several reproduced in a new appendix for the paperback.
In this New York Times bestselling work, Cullen paints raw portraits of two polar opposite killers, who stand in stark contrast against the flashes of resilience and redemption among the survivors of the Columbine massacre.
*Includes reading group guide*

Dave Cullen is a journalist and author who has contributed to Slate, Salon, and the New York Times. He is considered the nation's foremost authority on the Columbine killers, and has also written extensively on Evangelical Christians, gays in the military, politics, and pop culture. A graduate of the MFA program at the University of Boulder, Cullen has won several writing awards, including a GLAAD Media Award, Society of Professional Journalism awards, and several Best of Salon citations.

Colorado journalist Dave Cullen's meticulous research dispels the myths and hasty assumptions surrounding the 1999 Columbine High School shootings. Cullen's conclusions are drawn from hundreds of interviews and the wealth of information left behind by shooters Harris and Klebold. Apparently, Columbine was a painstakingly planned bombing gone wrong. Only when the bombs failed to detonate did the shooting begin. Don Leslie's nuanced reading of the disturbing material makes clear that the boys were not goths, gay, or bullied. Leslie is mesmerizing as he makes Cullen's case that Harris was predisposed to psychopathy and Klebold was erratic, depressed, and suicidal. Once they got together, the dyad became deadly. If this important book were fiction, it would be devastating. Knowing it really happened is heartbreaking. S.J.H. © AudioFile 2009, Portland, Maine