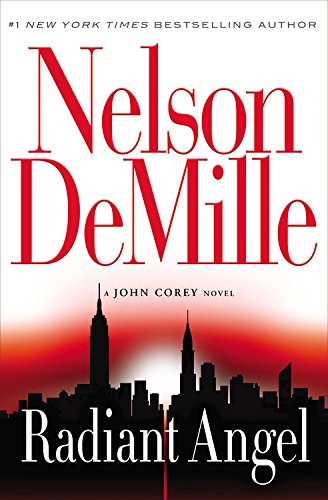 Prescient and chilling, DeMille's #1 New York Times bestselling novel takes us into the heart of a new Cold War with a clock-ticking plot that has Manhattan in its crosshairs.

After a showdown with the notorious Yemeni terrorist known as The Panther, John Corey has left the Anti-Terrorist Task Force and returned home to New York City, taking a job with the Diplomatic Surveillance Group. Although Corey's new assignment with the DSG-surveilling Russian diplomats working at the U.N. Mission-is thought to be "a quiet end," he is more than happy to be out from under the thumb of the FBI and free from the bureaucracy of office life.

But Corey realizes something the U.S. government doesn't: The all-too-real threat of a newly resurgent Russia.

When Vasily Petrov, a colonel in the Russian Foreign Intelligence Service posing as a diplomat with the Russian U.N. Mission, mysteriously disappears from a Russian oligarch's party in Southampton, it's up to Corey to track him down. What are the Russians up to and why? Is there a possible nuclear threat, a so-called radiant angel? Will Corey find Petrov and put a stop to whatever he has planned before it's too late? Or will Corey finally be outrun and outsmarted, with America facing the prospect of a crippling attack unlike anything it's ever seen before?

Please note: Radiant Angel is published in the UK under the title A Quiet End.

Nelson DeMille is a former U.S. Army lieutenant who served in Vietnam and is the author of nineteen acclaimed novels, including the #1 New York Times bestsellers Night Fall, Plum Island, The Gate House, The Lion, The Panther and Radiant Angel. His other New York Times bestsellers include The Charm School, Word of Honor, The Gold Coast, Spencerville, The Lion's Game, Up Country, Wild Fire, and The General's Daughter, the last of which was a major motion picture. For more information, you can visit NelsonDeMille.net.