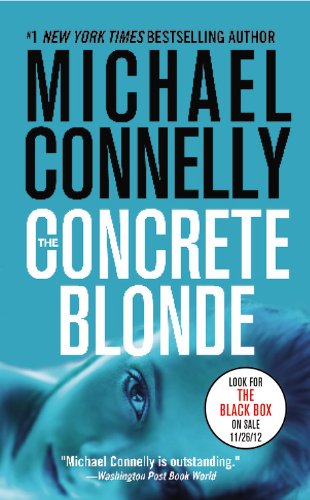 In this classic from a #1 "New York Times" bestselling author, Detective Harry Bosch thought he'd stopped the serial killer known as the Dollmaker. Now the dead man's widow is suing Harry and the LAPD for shooting the wrong man--an accusation that rings true when a new victim is discovered with the Dollmaker's macabre signature.

"Masterfully Entertaining." --Houston Chronicle
They called him the Dollmaker-the serial killer who stalked Los Angeles and left a grisly calling card on the faces of his female victims. With a single faultless shot, Detective Harry Bosch thought he had ended the city's nightmare...

"Gritty." --San Diego Union-Tribune
But then the dead man's widow sues Harry and the LAPD for killing the wrong man-an accusation that rings terrifyingly true when a new victim is discovered with the Dollmaker's macabre signature...

"Outstanding...Can't Be Put Down." --Kansas City Star
Now, for the second time, Harry must hunt down a death-dealer who is very much alive, before he strikes again. It's a blood-tracked quest that will take Harry from the hard edges of the L.A. night to the last place he ever wanted to go-the darkness of his own heart.