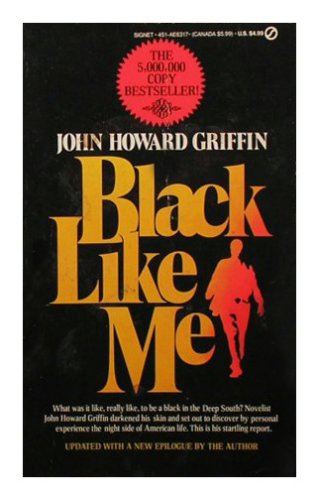 He trudged southern streets searching for a place where he could eat or rest, looking vainly for a job other than menial labor, feeling the "hate stare." He was John Griffin, a white man who darkened the color of his skin and crossed the line into a country of hate, fear, and hopelessness--the country of the American Black man.

John Howard Griffin (1920-1980) is known internationally as the author of two novels, Nuni and The Devil Rides Outside, five books and monographs on racism in addition to Black Like Me, a biography of Thomas Merton, three collections of photography, a volume of journals, two historical works on Texas, a musicological study, and The John Howard Reader. Born in Dallas, Texas, and educated in France, he served in the U.S. Air Force in the South Pacific, where an injury he received during a Japanese bombardment eventually resulted in the complete loss of his sight. In the 1950's he converted to Catholicism, married, and raised a family. In 1957, (after ten years of blindness) he miraculously regained his sight.

In the late 1950s John Howard Griffin, a white man, artificially darkened his skin and took up the impossible task of masquerading as a black man in the Deep South. The book he wrote about his firsthand experience of racism galvanized America and ultimately led to death threats against him and his family. Delivering this compelling and incisive piece of investigative reporting, Ray Childs voices the thoughts of the blacks and whites Griffin encounters and becomes close to, or reviled by. Only the coldest of hearts could be unaffected by this story, told with dignity and warmth, conviction and steadfast honesty. Audiobooks like this can help heal wounds and open minds about racism, an issue our nation still struggles with. D.J.B. © AudioFile 2004, Portland, Maine-- Copyright © AudioFile, Portland, Maine