Items related to The Godfather 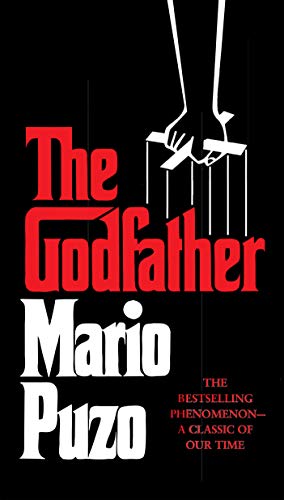 When Mario Puzo's blockbuster saga, The Godfather, was first published in 1969, critics hailed it as one of the greatest novels of our time, and "big, turbulent, highly entertaining." Since then, The Godfather has gone on to become a part of America's national culture, as well as a trilogy of landmark motion pictures. Now, in this newly-repackaged 30th Anniversary Edition, readers old and new can experience this timeless tale of crime for themselves.From the lavish opening scene where Don Corleone entertains guests and conducts business at his daughter's wedding...to his son, Michael, who takes his father's place to fight for his family...to the bloody climax where all family business is finished, The Godfather is an epic story of family, loyalty, and how "men of honor" live in their own world, and die by their own laws.

The story of Don Vito Corleone, the head of a New York Mafia family, inspired some of the most successful movies ever. It is in Mario Puzo's The Godfather that Corleone first appears. As Corleone's desperate struggle to control the Mafia underworld unfolds, so does the story of his family. The novel is full of exquisitely detailed characters who, despite leading unconventional lifestyles within a notorious crime family, experience the triumphs and failures of the human condition. Filled with the requisite valor, love, and rancor of a great epic, The Godfather is the definitive gangster novel.