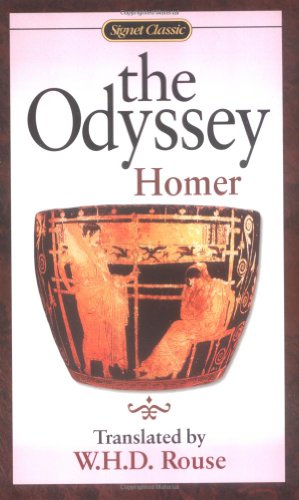 A new edition of the classic translation of the ancient Greek epic chronicles the perilous tenyear journey of Odysseus from the battlefields of Troy to his home in Ithaca. Reprint.


W.H.D. Rouse was one of the great 20th century experts on Ancient Greece, and headmaster of the Perse School, Cambridge, England, for 26 years. Under his leadership the school became widely known for the successful teaching of Greek and Latin as spoken languages. He derived his knowledge of the Greeks not only from his wide studies of classical literature, but also by travelling extensively in Greece. He died in 1950. Language Notes: