Items related to The Age of Reconnaissance

The Age of Reconnaissance 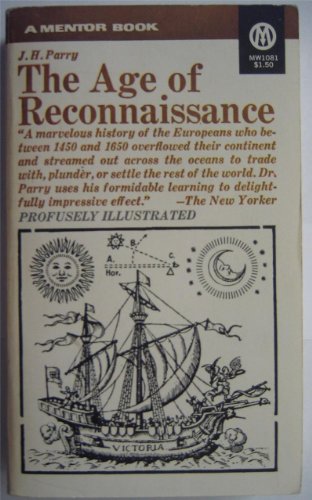 This is an account of the greatest adventure in European history - the discovery of the rest of the world. Beginning with Henry the Navigator and ending 250 years later, the book focuses on an analysis of the factors that made the voyages possible in the first place.

The Age of Reconnaissance, as J.H. Parry has so aptly named it, was the period during which Europe discovered the rest of the world. It began with Henry the Navigator and the Portuguese voyages in the mid-fifteenth century and ended 250 years later when the 'Reconnaissance' was all but complete.

1. THE AGE OF RECONNAISSANCE

2. THE AGE OF RECONNAISSANCE

3. The Age of Reconnaissance