Items related to The Interpretation Of Cultures (Basic Books Classics) 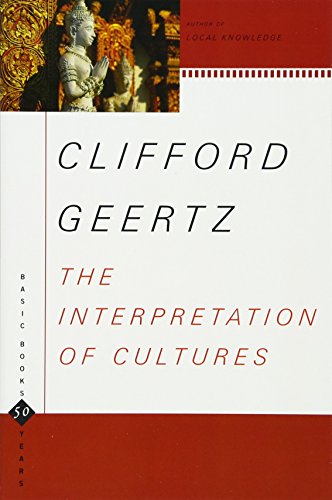 In The Interpretation of Cultures, the most original anthropologist of his generation moved far beyond the traditional confines of his discipline to develop an important new concept of culture. This groundbreaking book, winner of the 1974 Sorokin Award of the American Sociological Association, helped define for an entire generation of anthropologists what their field is ultimately about.

'One of the most articulate cultural anthropologists of this generation. Geertz has consistently attempted to clarify the meaning of 'culture' and to relate that concept to the actual behavior of individuals and groups.' -Elizabeth Colson, Contemporary Sociology

Clifford Geertz, the author of many books, is Harold F. Linder Professor of Social Science at the Institute for Advanced Study, Princeton, New Jersey.