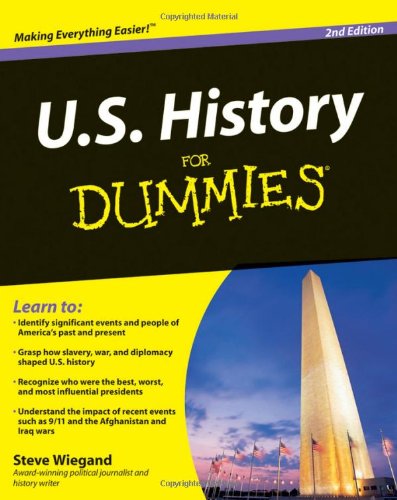 Want to better understand U.S. History? This friendly book serves as your tour guide through the important events of America's past and present, introducing you to the people who helped to shape history. From pre-Columbus to the American Revolution, from Watergate to Iraq to Barack Obama, you'll discover fascinating details that you won't find in dry history texts!

Open the book and find:

Steve Wiegand is an award-winning political journalist and history writer. He currently writes a thrice-weekly political column for the Sacramento Bee.