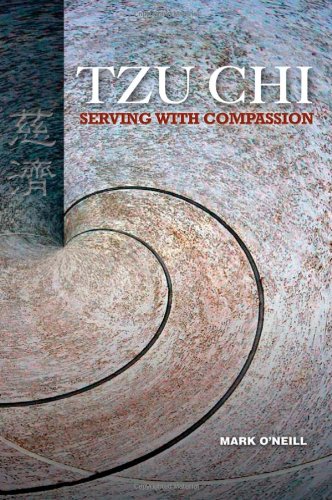 This book captures well the history and spirit of Tzu Chi and its volunteers. It explains the passion and devotion that have made it the largest non-governmental organization in the Chinese-speaking world.
Stan Shih, Group Chairman, Soft Capital

Mark O'Neill's dispatches from Greater China over the span of many years have earned him a distinguished reputation as a gifted, insightful writer, versatile on a wide range of topics. A fluent Chinese speaker, he possesses that rare combination for a writer—of a keen nose for news as well as a heart for social responsibility. In Tzu Chi, he has chronicled the extraordinary story of a Chinese Buddhist nun whose selfless vision has built a global organization committed to doing good. O'Neill's book is the definitive story of her life and—more importantly—the organization she has built from humble roots in Taiwan.
Thomas D. Gorman, Chairman and Editor-in-Chief, FORTUNE China

Tzu Chi is a brilliant introduction to one of the most important—but to Westerners probably least-known—international charities and religious movements in the world. Tzu Chi is part of a renaissance of belief in the Chinese world and Mark O'Neill has captured it beautifully.
Ian Johnson, Pulitzer Prize-winner Author of Wild Grass and A Mosque in Munich

Tzu Chi has inspired the generosity of millions of Asians and mobilized them for service to the poor and sick. But its good deeds are not sufficiently known in the West. Mark O'Neill's book will change that. He has written a comprehensive, sympathetic, and eminently readable chronicle of this inspiring movement.
Richard Madsen, Distinguished Professor of Sociology, University of California, San Diego

Mark O'Neill has produced a most impressive and timely book to enlighten the many people who are not yet familiar with Tzu Chi, a remarkable organization of universal compassion. While many Buddhist societies focus on meditation and personal enlightenment, Tzu Chi concentrates on community services and global outreach with the scale, vision and management skills of a large business corporation. In a world full of injustice, poverty and disasters, Tzu Chi has been a guiding light toward peace, harmony and happiness. O'Neill's book eloquently describes the story of the many individuals behind this remarkable movement.
Professor Dominic Man-Kit Lam, Chairman, Word Eye Organization

This story of the largest worldwide organization you've never heard of will knock your socks off. First with aid to Katrina victims, first outside organization to aid the tsunami-devastated people of Indonesia, first NGO with aid after the Sichuan earthquakes in China, it's called Tzu Chi. This organization was founded by a penniless nun in an obscure town in Taiwan. Mark O'Neill has given us a page-turner in his account of how she transformed pennies in a bamboo tube into three hospitals, an international bone marrow bank, and a quick-response global rescue organization that moves faster than you can imagine. If you are overdosing on bad news, this book is a must-read.
Don Gibbs, Founding Chair, University of California–Davis, Department of Asian Languages

From the Inside Flap:
This book tells the story of the largest NGO in the Chinese-speaking world, the Taiwan Buddhist Tzu Chi Foundation. It is the first full-length book on this subject in English written from the inside. The author was given unparalleled access to the organization, interviewing fulltime staff and volunteers in Taiwan and other countries.

The story begins in 1937 with the birth of a girl in an ordinary family in a small town in Taiwan, then a colony of Japan. It explains how the experience of the war and the sudden death of her father persuaded her to turn away from the life as a wife and mother which the family planned for her. Instead, she left home and became a Buddhist nun in East Taiwan, the poorest part of the island.

Cheng Yen established the foundation in 1966, to help the poor and the sick. It has since grown to more than 10 million members in nearly 50 countries around the world, providing international relief and medical aid, running schools, hospitals and a university, the biggest marrow bank in Asia and an environmental effort involving more than 100,000 people.

Tzu Chi is run with the efficiency of a multinational company; many of its members are executives of Taiwan’s biggest companies. It is the first Chinese charity to establish a global presence, on the principle that everyone, whatever their color, race or religion, is worthy of help. This is due to the charisma of its founder and the hard work of millions of unpaid volunteers. The book tells their dramatic and moving story.
About the Author:
MARK O’NEILL was born in Britain in 1950 and educated at Marlborough College and New College, Oxford, where he graduated in English Language and Literature. He worked in Washington DC, Manchester, England and Belfast, before moving to Hong Kong in 1978.He has lived in Asia since then, working in Hong Kong, Taiwan, India, China and Japan, for the Reuters news agency and the South China Morning Post. He resides in Hong Kong and works as an author, journalist and university lecturer. He speaks French, Mandarin, Cantonese and Japanese. He is married to a Hong Kong Chinese.