Items related to The Organization of Behavior

The Organization of Behavior 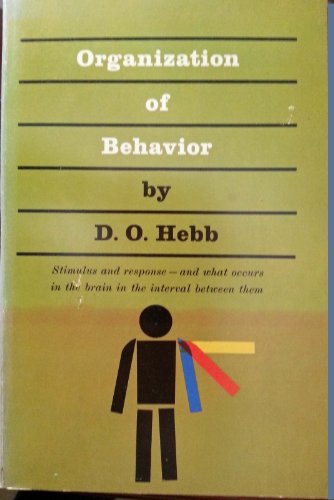 Since its publication in 1949, D.O. Hebb's, The Organization of Behavior has been one of the most influential books in the fields of psychology and neuroscience. However, the original edition has been unavailable since 1966, ensuring that Hebb's comment that a classic normally means "cited but not read" is true in his case. This new edition rectifies a long-standing problem for behavioral neuroscientists--the inability to obtain one of the most cited publications in the field.

The Organization of Behavior played a significant part in stimulating the investigation of the neural foundations of behavior and continues to be inspiring because it provides a general framework for relating behavior to synaptic organization through the dynamics of neural networks.

D.O. Hebb was also the first to examine the mechanisms by which environment and experience can influence brain structure and function, and his ideas formed the basis for work on enriched environments as stimulants for behavioral development.

References to Hebb, the Hebbian cell assembly, the Hebb synapse, and the Hebb rule increase each year. These forceful ideas of 1949 are now applied in engineering, robotics, and computer science, as well as neurophysiology, neuroscience, and psychology--a tribute to Hebb's foresight in developing a foundational neuropsychological theory of the organization of behavior.

Undergraduates and graduate students required to read an out-of-print The Organization of Behavior should be very grateful to Richard Brown and Peter Milner for their efforts in re-publishing this seminal book. The arguments outlined in the book remain just as compelling and transparent as they were 40 years ago when I first read the book. The book's Foreword summarizes and integrates many of the observations made about the ideas in the book by scholars in their course materials, biographies, obituaries, and even in the book's reviews that appeared after its initial publication.
—Canadian Psychology

3. THE ORGANIZATION OF BEHAVIOR