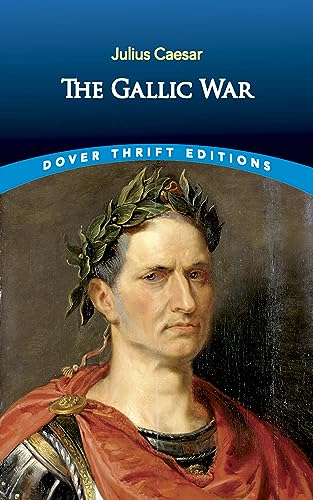 The only chronicle by an ancient general of his own campaigns, this historical treasure is also a work of profound literary merit. Julius Caesar's fascinating account of his conquests offers a trove of priceless details about the cultures of Gaul, Germany, and Britain during the First century B.C. — and of the great man himself.
Despite his extensive background in politics, Caesar expresses himself without hiding behind rhetoric, in an uncluttered, factual style. Vigorous, direct, and eloquent, his accounts resemble memoirs or historical outlines rather than a formal histories. His notes on cultural matters, although secondary to his attention to military affairs, offer the era's most complete picture of the settings and personalities among Celtic and German tribes. This excellent translation offers several helpful features.

The late J.L. Whiteley was headmaster of East Ham Grammar School and a prolific editor of Latin texts for schools.