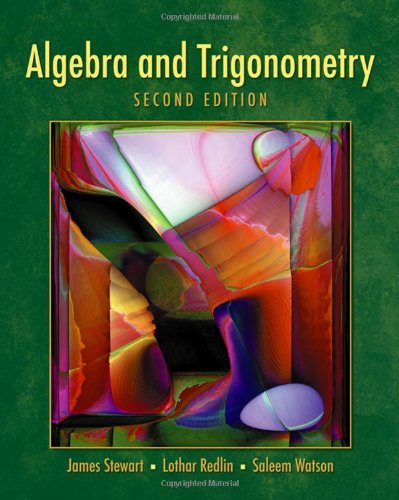 This best selling author team explains concepts simply and clearly, without glossing over difficult points. Problem solving and mathematical modeling are introduced early and reinforced throughout, so that when students finish the course, they have a solid foundation in the principles of mathematical thinking. This comprehensive, evenly paced book provides complete coverage of the function concept and integrates substantial graphing calculator materials that help students develop insight into mathematical ideas. The authors' attention to detail and clarity, as in James Stewart's market-leading Calculus text, is what makes this text the market leader.