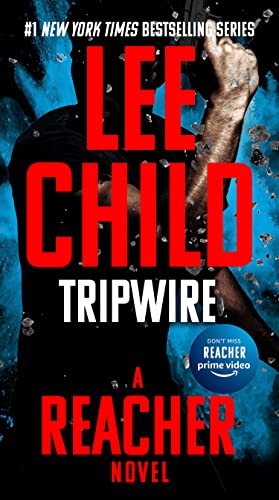 Ex military policeman Jack Reacher is enjoying the lazy anonymity of Key West when a stranger shows up asking for him. He’s got a lot of questions. Reacher does too, especially after the guy turns up dead. The answers lead Reacher on a cold trail back to New York, to the tenuous confidence of an alluring woman, and the dangerous corners of his own past.

Ex-military policeman Jack Reacher is lying low in Key West, digging up swimming pools by hand. He is not at all pleased when a private detective starts asking questions about him. But when the detective, Costello, turns up dead with his fingertips sliced off, Reacher realizes it is time to move on.

As in Lee Child's two previous thrillers, Die Trying and Killing Floor, Reacher is soon up to his neck in lethal trouble, this time involving a vicious Wall Street manipulator, a mysterious woman (of course), and the livelihood of a whole community. Even the fate of soldiers missing in action in Vietnam is stirred into the brew.

But this is not a book by one of the new breed of U.S. thriller writers. Child prides himself on his ability, as an Englishman, to write American thrillers that are utterly convincing in milieu and toughness of action, without a trace of English sensibility. Tripwire is no exception. Every bit as lean and compulsive as its predecessors, it also builds on the freshest aspect of those books: Reacher may be a tough, epic hero, but he always remains human and vulnerable. --Barry Forshaw