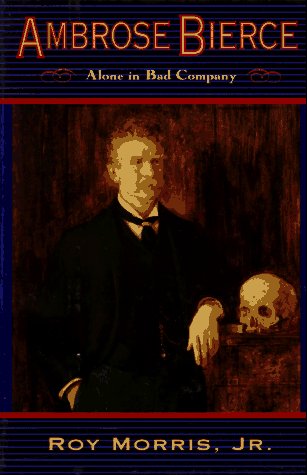 When 71-year-old Ambrose Bierce disappeared into revolution-torn Mexico in 1913, he probably had more enemies than any man alive. This was only fair; he had labored long and hard to make himself hateful, and in the end he succeeded all too well. The targets of his printed abuse ranged from the mightiest and most rapacious robber baron to the meekest and least offensive would-be poet, although Bierce reserved his sharpest barbs for "that immortal ass, the average man."

Bierce himself was anything but average. As the only American writer of any stature to fight in and survive the Civil War, his groundbreaking short stories of that war, including his most famous work, 'An Occurrence at Owl Creek Bridge', have had a lasting influence on every subsequent American author dealing with war.

Profoundly disillusioned by his wartime experiences, Bierce spent the next fifty years struggling to disillusion his fellow Americans of their own cherished ideals -- romantic, religious, or political. In such sepulchrally dark works as The Devil’s Dictionary, he fought a one-man guerrilla war against the smug forces of the status quo. Not for nothing was he called among other things "Bitter Bierce", "the Devil's Lexicographer" and "the Wickedest Man in San Francisco".

Frequently criticized for the intensity of his personal invective, Bierce once advised his detractors to "continue selling shoes, selling pancakes, or selling themselves. As for me I sell abuse." In this perceptive, insightful biography, Roy Morris, Jr., accounts for both the influential art that Ambrose Bierce made from such a harsh and unforgiving vision and the high price he had to pay for it in loneliness, rancor, and spiritual isolation.

A lively and compelling portrait of one of the most acerbic and distinctive voices in American literature, Ambrose Bierce: Alone in Bad Company is a clear-eyed but sympathetic account of a complex individual at odds with his country, his family, his times, and himself.

compelling portrait of one of the most acerbic and distinctive voices in American literature, this book is a clear-eyed but sympathetic account of a complex individual at odds with his country, his family, his times, and himself.

Roy Morris, Jr., is the editor of America's Civil War and the author of Sheridan: The Life and Wars of General Phil Sheridan. He lives in Chattanooga, Tennessee.