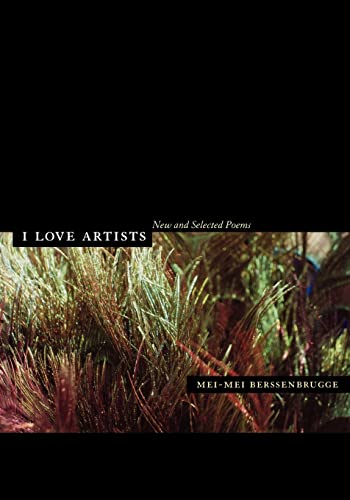 Drawing on four decades of work and including new poems published here for the first time, this selection of Mei-mei Berssenbrugge’s poetry displays the extraordinary luminosity characteristic of her style―its delicate, meticulous observation, great scenic imagination, and unusual degree of comfort with states of indetermination, contingency, and flux.

Mei-mei Berssenbrugge was born in Beijing and lives in New Mexico. She is the author of nine volumes of poetry, including Nest, The Four Year Old Girl, and Empathy.

Over the past quarter century, Berssenbrugge has released her work solely in small press editions, many of which are now out of print. This collection serves as a worthy introduction to her elegant oeuvre, but does not take the place of a collection, particularly because Berssenbrugge tends to work long, and some of what is here is excerpted. There are nine poems total from her first three books, of which the 10-part "The Heat Bird," from the book of the same title (1983), serves as a kind of turning point into Berssenbrugge's first major work, Empathy (1989), half of which is reprinted here. Berssenbrugge writes what might be called proofs, working sensuously off the language of science to find the divides between elements over which one has control and those over which one does not, "a constant notation of parallel streams of thought and observation." Though all three are represented, excerpts from two of her Kelsey Street Editions releases, Four Year Old Girl (1998) and Nest (2003), should send readers to those beautifully produced volumes. The four new poems are the book's weakest, but seem transitional. ("Even if a detail resists all significance or function, it's not useless, precisely," notes the title work.) If the book brings new readers to the last three titles listed above, it will have done its job. (Apr.)
Copyright © Reed Business Information, a division of Reed Elsevier Inc. All rights reserved.

Book Description Paperback. Condition: New. 1st. Paperback. Drawing on four decades of work and including new poems published here for the first time, this selection of Mei-mei Berssenbrugge's poetry displays the extraordinary luminosity characteri.Shipping may be from multiple locations in the US or from the UK, depending on stock availability. 145 pages. 0.286. Seller Inventory # 9780520246027