Items related to A First Course in General Relativity

A First Course in General Relativity 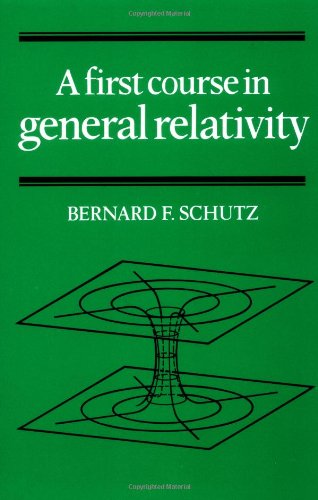 General relativity has become one of the central pillars of theoretical physics, with important applications in both astrophysics and high-energy particle physics, and no modern theoretical physicist's education should be regarded as complete without some study of the subject. This textbook, based on the author's own undergraduate teaching, develops general relativity and its associated mathematics from a minimum of prerequisites, leading to a physical understanding of the theory in some depth. It reinforces this understanding by making a detailed study of the theory's most important applications - neutron stars, black holes, gravitational waves, and cosmology - using the most up-to-date astronomical developments. The book is suitable for a one-year course for beginning graduate students or for undergraduates in physics who have studied special relativity, vector calculus, and electrostatics. Graduate students should be able to use the book selectively for half-year courses.

Development of the concept of general relativity and its associated mathematics, from a minimum of prerequisites, leads to an in-depth physical understanding of the theory and its most important applications.

Bernard Schutz has done research and teaching in general relativity and especially its applications in astronomy since 1970. He is the author of more than 200 publications, including Geometrical Methods of Mathematical Physics and Gravity from the Ground Up (both published by Cambridge University Press). Schutz currently specialises in gravitational wave research, studying the theory of potential sources and designing new methods for analysing the data from current and planned detectors. He is a member of most of the current large-scale gravitational wave projects: GEO600 (of which he is a PI), the LIGO Scientific Collaboration, and LISA. Schutz is a Director of the Max Planck Institute for Gravitational Physics, also known as the Albert Einstein Institute (AEI), in Potsdam, Germany. He holds a part-time chair in Physics and Astronomy at Cardiff University, Wales, as well as honorary professorships at Potsdam and Hanover universities in Germany. Educated in the USA, he taught physics and astronomy for twenty years at Cardiff before moving to Germany in 1995 to the newly-founded AEI. In 1998 he founded the open-access online journal Living Reviews in Relativity. The Living Reviews family now includes six journals. In 2006 he was awarded the Amaldi Gold Medal of the Italian Society for Gravitation (SIGRAV), and in 2011 he received an honorary DSc from the University of Glasgow. He is a Fellow of the American Physical Society and the Institute of Physics, an Honorary Fellow of the Royal Astronomical Society, and a member of the Learned Society of Wales, the German Academy of Natural Sciences Leopoldina and the Royal Society of Arts and Sciences, Uppsala.

1. A First Course in General Relativity

2. A First Course in General Relativity

3. A First Course in General Relativity

4. A First Course in General Relativity

5. A First Course in General Relativity

7. A First Course in General Relativity