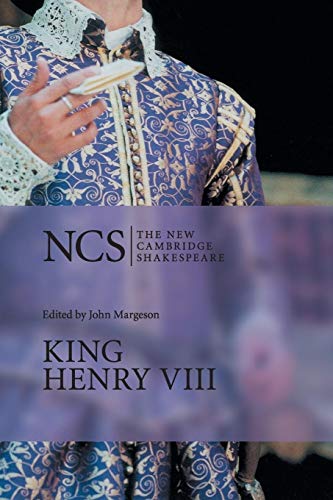 This book considers and illustrates the stage history of the play, and provides an account of the authorship controversy from the mid-nineteenth century, when John Fletcher's name was first put forward as a collaborator, to recent scholarship, which has not yet reached a consensus. The introduction considers the political and religious background of the play, its pageant-like structure and visual effects, and its varied ironies. The commentary is detailed but concise, explaining difficult passages and contemporary references, and suggesting how the play might have been staged in an Elizabethan theater, or might still be staged for a modern audience.

This stage history of one of Shakespeare's most popular plays also considers its political and religious background and includes an account of the nineteenth century authorship controversy.

An international team of scholars offers: --modernised, easily accessible texts--ample but unobtrusive academic guidance--attention to the theatrical qualities of each play and its stage history--informative illustrations, including reconstructions of early performances

Book Description CAMBRIDGE UNIVERSITY PRESS, United Kingdom, 2018. Paperback. Condition: New. Language: English. Brand new Book. The New Cambridge Shakespeare appeals to students worldwide for its up-to-date scholarship and emphasis on performance. The series features line-by-line commentaries and textual notes on the plays and poems. Introductions are regularly refreshed with accounts of new critical, stage and screen interpretations. Edited and introduced by John Margeson, King Henry VIII appears here for the first time in a New Cambridge Shakespeare edition. In his introduction Margeson explores the political and religious background to the play, its pageant-like structure and visual effects, and its varied ironies. He also discusses its stage history, from the famous occasion in 1613 when the Globe theatre burned down during a performance of King Henry VIII to important theatrical productions of the late twentieth century. A balanced account is provided of the authorship controversy that arose in the nineteenth century, when John Fletcher's name was first put forward as a likely collaborator. Seller Inventory # AAV9780521296922