Items related to Morbid Appearances: The Anatomy of Pathology in the...

Maulitz, Russell Charles Morbid Appearances: The Anatomy of Pathology in the Early Nineteenth Century (Cambridge Studies in the History of Medicine)

Morbid Appearances: The Anatomy of Pathology in the Early Nineteenth Century (Cambridge Studies in the History of Medicine) 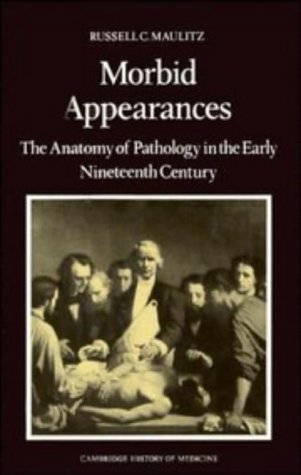 When we consider how the scientific revolution came to medicine, we often think of the rise of the great laboratory disciplines of the nineteenth century. Often overlooked in these accounts, however, is the role of clinical medicine and its important early branch, pathology. Morbid Appearances traces the emergence in France and England of this important medical tradition. Dr. Maulitz shows how the pathology of tissues came to occupy a central position in the teaching and research of French medical luminaries such as Bichat, Bayle, and Laennec, and he describes how the new pathology helped shore up the fortunes of the Paris medical faculty and the medicine of the 'Paris Hospital'. The author also details the efforts of Thomas Hodgkin, Robert Carswell, and others to import the new science of pathology to Great Britain - and he shows how their efforts to assign a place for pathological anatomy in their own medical culture met with rather mixed success.

This is the first detailed account of the rise of pathological anatomy in France and England in the early years of the nineteenth century. It traces the emergence of this important medical tradition, and examines the forces that moved these medical ideas and techniques from one culture to another.

1. Morbid Appearances: The Anatomy of Pathology in the Early Nineteenth Century (Cambridge Studies in t