Items related to The Fall of Constantinople 1453 (Canto)

The Fall of Constantinople 1453 (Canto) 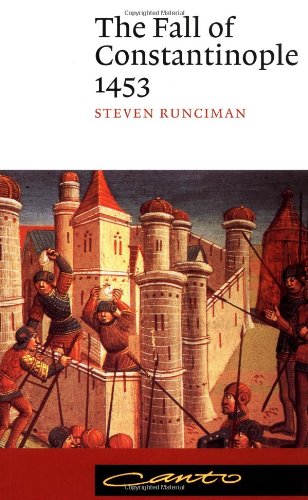 This classic account shows how the fall of Constantinople in May 1453, after a siege of several weeks, came as a bitter shock to Western Christendom. The city's plight had been neglected, and negligible help was sent in this crisis. To the Turks, victory not only brought a new imperial capital, but guaranteed that their empire would last. To the Greeks, the conquest meant the end of the civilisation of Byzantium, and led to the exodus of scholars stimulating the tremendous expansion of Greek studies in the European Renaissance.

While their victory ensured the Turks' survival, the conquest of Constantinople marked the end of Byzantine civilization for the Greeks, by triggering the scholarly exodus that caused an influx of Classical studies into the European Renaissance.

Sir Steven Runciman (1903 2000) was the pre-eminent historian of the Crusades and the Byzantine Empire. His acclaimed History of the Crusades was first published from 1951 4.