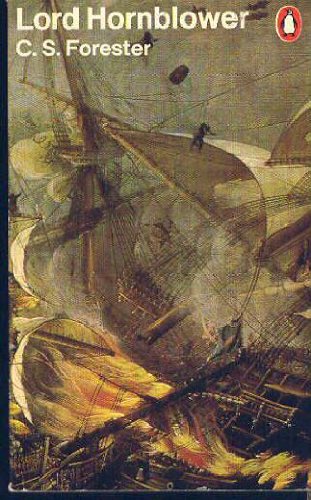 Once again, Hornblower is given an almost impossible assignment when he is sent to bargain with mutineers and prevent them from joining the French forces

C. S. Forester was born in Cairo in 1899, where his father was stationed as a government official. He studied medicine at Guy's Hospital, and after leaving Guy's without a degree he turned to writing as a career. On the outbreak of war he entered the Ministry of Information and later he sailed with the Royal Navy to collect material for The Ship. He made a voyage to the Bering Sea to gather material for a similar book on the United States Navy, and it was during this trip that he was stricken with arteriosclerosis, a disease which left him crippled. However, he continued to write and in the Hornblower novels created the most renowned sailor in contemporary fiction. He died in 1966.

As this novel of the final days of the Napoleonic War begins, Horatio Hornblower has been ordered to quell a mutiny that he is afraid may have been justified. The story continues as he wins a major naval victory, a peerage, and the death penalty at a French prison camp. Christian Rodska conveys the drama of these events with his compelling and engaging reading. Rodska is a familiar name in the audiobook field due to his precise, expressive voice and his talent with character and accents, all demonstrated on this program. One of Forester's best is given a moving performance by a Golden Voice. S.E.S. © AudioFile 2002, Portland, Maine-- Copyright © AudioFile, Portland, Maine