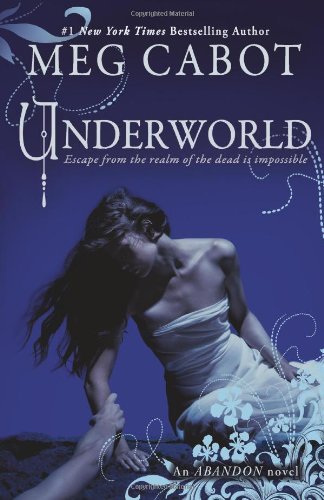 From #1 New York Times bestselling author Meg Cabot, the dark reimagining of the Persephone myth begun in ABANDON continues ... into the Underworld.

But she is being held against her will in the dim, twilit world between heaven and hell, where the spirits of the deceased wait before embarking upon their final journey.

Her captor, John Hayden, claims it's for her own safety. Because not all the departed are dear. Some are so unhappy with where they ended up after leaving the Underworld, they've come back as Furies, intent on vengeance . . . on the one who sent them there and on the one whom he loves.

But while Pierce might be safe from the Furies in the Underworld, far worse dangers could be lurking for her there . . . and they might have more to do with its ruler than with his enemies.

MEG CABOT'S many series and books for adults, teens, and tweens have included multiple #1 New York Times bestsellers and have sold more than fifteen million copies worldwide. Her Princess Diaries series has been published in more than thirty-eight countries and was made into two hit films by Disney. Meg also wrote the New York Times bestselling Mediator, Airhead, Insatiable, and Allie Finkle's Rules for Girls series, as well as the award-winning novels All-American Girl and Avalon High. Meg lives in Key West with her husband and two cats. Visit Meg online at www.megcabot.com.

"[Meg Cabot is] arguably the queen of contemporary teen novels... Her retelling of this old myth is smart, sassy, and of the moment." -New York Journal of Books

"[A]rchetypes from mythology are... put to comic effect, and sly humor helps leaven the dark material. This is Hades as seen through the eyes of a 21st-century teenager." -The New York Times Book Review