Items related to Into the Gauntlet (The 39 Clues)

Haddix, Margaret Peterson Into the Gauntlet (The 39 Clues)

Into the Gauntlet (The 39 Clues) 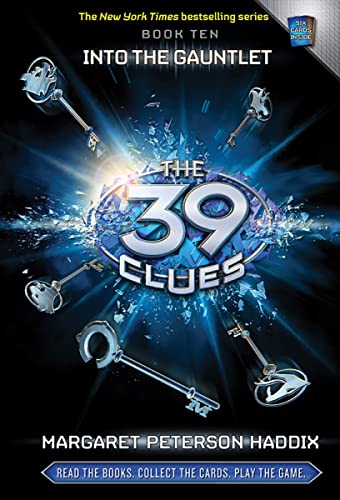 The explosive finale to the #1 bestselling series!

Fourteen-year-old Amy Cahill and her younger brother, Dan, have had enough. Not only do they have to find the 39 Clues first, they're expected to reunite their backstabbing family - the same people who killed their parents. But Amy and Dan haven't survived explosions and assassination attempts for nothing. They have a plan to finish the Clue hutn on their own terms. Too bad there's a final, fatal secret the Madrigals haven't told them. A secret that could cost Amy and Dan - and the world - everything . . .

3. Into the Gauntlet (Hardback or Cased Book)