Items related to A King's Ransom (The 39 Clues: Cahills vs. Vespers,... 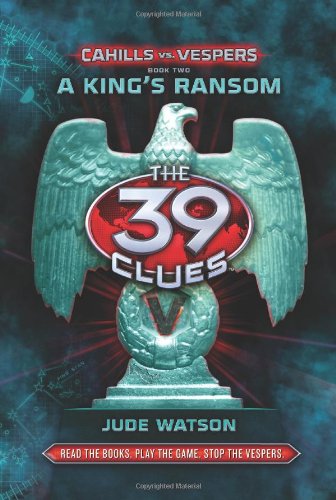 When seven members of their family were kidnapped by a sinister organization known as the Vespers, thirteen-year-old Dan Cahill and his older sister, Amy, vowed they'd stop at nothing to bring the hostages home. But then the ransom comes in and the Vespers demand the impossible. Amy and Dan have just days to track down and steal an ancient map. The only catch? No one has seen the map for half a century.

Now Amy and Dan are on a desperate search that will lead them to the Nazis, spies, a mad king and some of history's dirtiest secrets. It's the race of their lives . . . and one misstep will mean certain death for the hostages.

Jude Watson is the author of six 39 Clues books, Beyond the Grave, In Too Deep, Vespers Rising, A King's Ransom, Nowhere to Run, and Mission Titanic, along with the bestselling Star Wars: Last of the Jedi and Jedi Quest series. As Judy Blundell, she wrote What I Saw and How I Lied, the 2008 winner of The National Book Award for Young People's Literature. She lives in Long Island, New York, with her husband and daughter.