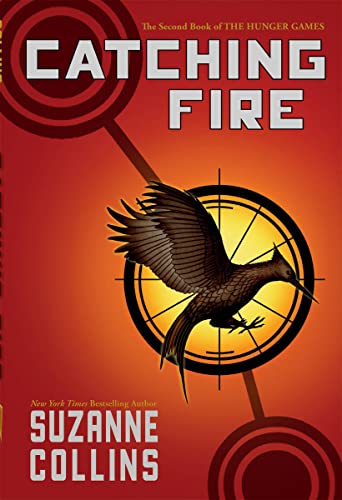 Against all odds, Katniss Everdeen has won the annual Hunger Games with fellow district tribute Peeta Mellark. But it was a victory won by defiance of the Capitol and their harsh rules. Katniss and Peeta should be happy. After all, they have just won for themselves and their families a life of safety and plenty. But there are rumors of rebellion among the subjects, and Katniss and Peeta, to their horror, are the faces of that rebellion. The Capitol is angry. The Capitol wants revenge.

About the Author:
Suzanne Collins' debut novel, Gregor the Overlander, the first book in The Underland Chronicles, received wide praise both in the United States and abroad. The series has been a New York Times bestseller and received numerous accolades. Also a writer for children's television, Suzanne lives with her family in Connecticut.
From AudioFile:
This story and audio fulfill the promise of the stunning debut in this series, THE HUNGER GAMES, in which a cruel contest required 24 young people to fight in mortal combat. Carolyn McCormick delivers the first-person narrative of Katniss, the heroine whose brilliant strategy in that book thwarted tradition and turned her and her partner, Peeta, into victors. McCormick's phrasing is clipped, almost staccato, a style that embodies Katniss's secretive, wary attitudes. The tension builds as the oppression of the controlling President Snow inflames rebellion in Katniss and her fellow citizens. At the climax McCormick narrates at a breakneck pace as Katniss and Peeta compete against all previous winners of the combat tournament. Listeners will be eager for the next installment. S.W. Winner of AudioFile Earphones Award © AudioFile 2009, Portland, Maine