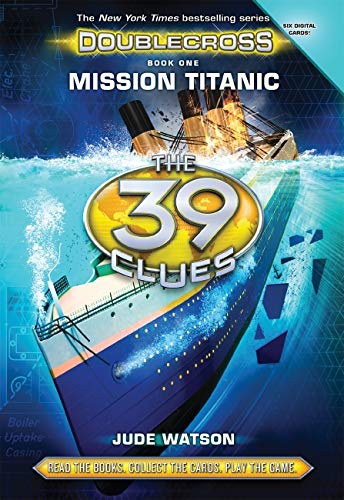 At only seventeen years old, Ian Kabra is head of the Cahills, the most powerful family in the world. He has presidents on speed dial, generals at his beck and call. Ian knows he’s an ideal leader and the only man enough for the job. There’s just one small problem: He’s already messed up big-time.

A Cahill from the past calling himself the Outcast has risen to challenge Ian with an impossible test. The Outcast has re-created four of history’s greatest disasters and dared Ian to stop him. If Ian and his allies can’t decipher the Outcast’s hints in time, innocent people will die. Ian’s only chance to beat the Outcast is to track down his former allies, Amy and Dan. But finding Amy and Dan will demand from Ian an impossible sacrifice . . .

About the Author:
Jude Watson is the author of four 39 Clues books, BEYOND THE GRAVE, IN TOO DEEP, VESPERS RISING, and A KING'S RANSOM, along with the bestselling Star Wars: Last of the Jedi and Jedi Quest series. As Judy Blundell, she wrote WHAT I SAW AND HOW I LIED, the 2008 winner of The National Book Award for Young People's Literature. She lives in Katonah, New York, with her husband and daughter.