Items related to Calculus of a Single Variable, 9th Edition 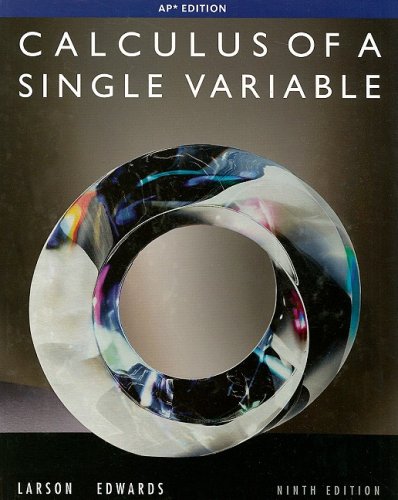 The Larson CALCULUS program has a long history of innovation in the calculus market. It has been widely praised by a generation of students and professors for its solid and effective pedagogy that addresses the needs of a broad range of teaching and learning styles and environments. Each title is just one component in a comprehensive calculus course program that carefully integrates and coordinates print, media, and technology products for successful teaching and learning.

CALCULUS OF A SINGLE VARIABLE, 9

CALCULUS OF A SINGLE VARIABLE, 9