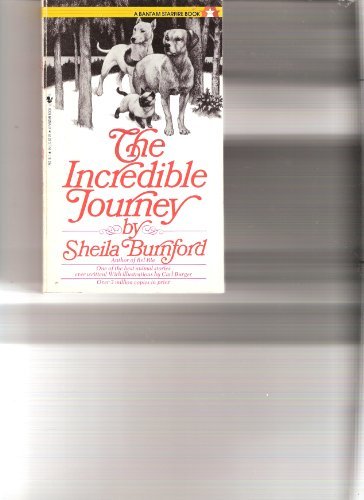 Instinct told them that the way home lay to the west. And so the doughty young Labrador retriever, the roguish bull terrier and the indomitable Siamese cat set out through the Canadian wilderness. Separately, they would soon have died. But together the three house pets faced starvation, exposure and wild forest animals to make their way home to the family they loved.

With stirring music and a superb performance by Megan Follows, this complete and unabridged production of Sheila Burnford's moving tale of adventure and perseverance will thrill listeners of all ages.

"Captivating! A tale of charm, high drama and some revelations of the love existing between man and beast." — The New York Times

READER BIO:
Born in Toronto, Megan Follows has performed in Anne of Green Gables and Anne of Avonlea on television and on the BDD Audio productions. She also starred in the Emmy Award-winning production of Inherit the Wind, and her feature film credits include A Time of Destiny, Stacking and Silver Bullet.