Items related to The Short-Timers 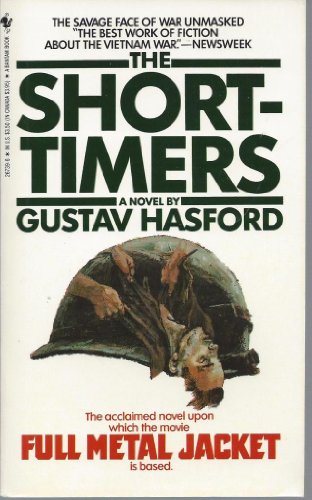 Vietnam, 1968. A nightmarish landscape blackened by napalm and littered with once-human debris. Where victories are measured in mountains of corpses and ordinary men are transformed into obsessive executioners. This is the brutally honest story of Cpl. Joker and his battle-hardened company, survivors of months of unimaginable horror--the crazy-tough and phony-brave, religiously counting the days until their release from the green prison of combat. But they all know one unspoken truth--that even though they're on their way out, their last few hours in Nam could become their last hours on earth. The Short-Timers is a semi-autobiographical novel by former U.S. Marine Gustav Hasford about his experiences in the Vietnam War. Along with Michael Herr and Stanley Kubrick, Hasford later adapted the novel for the film Full Metal Jacket.