Items related to An autobiography (The Agatha Christie mystery collection) 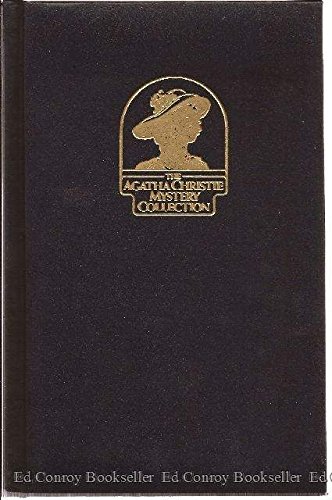 A new-look printing of Agatha Christie's 'most absorbing mystery' to mark the 25th anniversary of her death. Agatha Christie died on 12 January 1976, having become the best-selling novelist in history. Her autobiography, published in 1977 a year after her death, tells of her fascinating private life, from early childhood through two marriages and two World Wars, and her experiences both as a writer and on archaeological expeditions with her second husband, Max Mallowan. Not only does the book reveal the true genius of her legendary success, but the story is vividly told and as captivating as one of her novels.

Millions of fans the world over got to know her beloved characters, Hercule Poirot, Miss Jane Marple, and the rest, yet for decades little was known about their creator. Dame Agatha Christie was a woman who scrupulously kept her private life hidden from view, dodging the press, granting no interviews, and even, for a brief time, famously disappearing. But shortly after the great lady's death, the silence was broken when An Autobiography was finally published.

The witty, insightful, and immensely entertaining reflections of a marvelous talent, An Autobiography is as compulsively readable as Christie's novels. In her own inimitable style, a brilliant eccentric whose life encapsulated her times sheds light on her past, including her childhood in Victorian England, her volunteer work during World War II, and, of course, her phenomenal career. Agatha Christie's An Autobiography brings into sharp focus a beloved and enduring literary icon whose imagination continues to mesmerize readers to this very day.

About the Author:
Born in Torquay in 1890, Agatha Christie began writing during the First World War and wrote over 100 novels, plays and short story collections. She was still writing to great acclaim until her death, and her books have now sold over a billion copies in English and another billion in over 100 foreign languages. Yet Agatha Christie was always a very private person, and though Hercule Poirot and Miss Marple became household names, the Queen of Crime was a complete enigma to all but her closest friends.