Items related to Hampton on Hampton 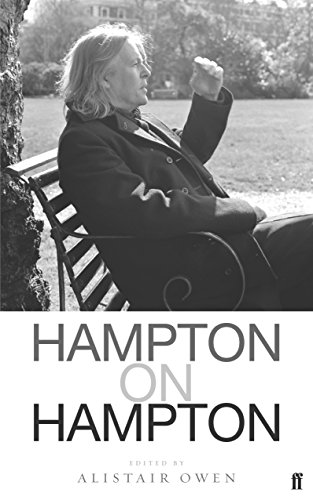 Christopher Hampton was born in the Azores in 1946. He wrote his first play, When Did You Last See My Mother? at the age of eighteen. Since then, his plays have included The Philanthropist, Savages, Tales from Hollywood, Les Liaisons Dangereuses, White Chameleon and The Talking Cure. He has translated plays by Ibsen, Moliere, von Horvath, Chekhov and Yasmina Reza (including Art and Life x 3). His television work includes adaptations of The History Man and Hotel du Lac. His screenplays include The Honorary Consul, The Good Father, Dangerous Liaisons, Mary Reilly, Total Eclipse, The Quiet American, Carrington, The Secret Agent and Imagining Argentina, the last three of which he also directed, and A Dangerous Method, based on his play The Talking Cure. Appomattox was first presented on the McGuire Proscenium Stage of the Guthrie Theater, Minneapolis, USA, in September 2012 as the centrepiece of a major retrospective of his plays and films.