Items related to From Up Here

Flahive, Liz From Up Here 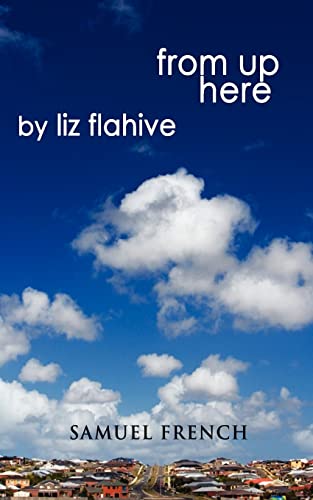 4m, 4f / Dramatic Comedy Kenny Barrett did something that has everyone worried. He wishes he could just make it through the rest of his senior year unnoticed, but that's going to be hard since he has to publicly apologize to his entire high school. At home, his mother is struggling with a rocky start to her second marriage and a surprise visit from her estranged sister. A new play about a family limping out the door in the morning and coming home no matter what. Nominated for the 2008 Drama Desk and Outer Critics Circle Awards, From Up Here premiered at Manhattan Theatre Club in the Spring of 2008 with a flurry of praise. "Ms. Flahive's casual avoidance of hand wringing and sententiousness brings a breath of fresh air to a subject more often accompanied by torrents of the hot kind. The play has the bouncy humor of a quirky-family sitcom, but in this case the usual adolescent afflictions - acne and awkwardness, mean girls and cruel jocks - take a back seat to something larger, darker and more mysterious. One of the most insightful aspects of Ms. Flahive's writing is her understanding that even caring adults are struck dumb and left gaping for words in the presence of despair of such proportions."- Charles Isherwood, The New York Times "Marvelous. A gem of a debut. Ms. Flahive's language is almost always naturalistic, often sounding throwaway, and yet every line contributes to a growing impression of a living, breathing family." - Joy Goodwin, The New York Sun "Hip and smart! A fresh new voice." - The Daily News "One of the best and most emotionally satisfying works this season. Suberb!" - Theatermania