Items related to The Hollow 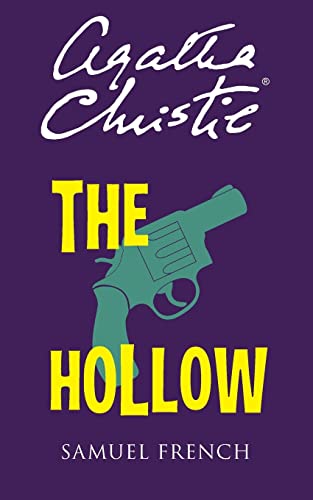 An unhappy game of romantic follow-the-leader explodes into murder one weekend at The Hollow, home of Sir Henry and Lucy Angkatell. Dr. Cristow is at the center of the trouble when his mistress Henrietta, ex-mistress Veronica, and wife Gerda, simultaneously arrive at The Hollow. Also visiting are Edward (who is in love with Henrietta) and Midge (who loves Edward). Veronica ardently desires to marry Cristow and succeeds in reopening their affair but is unable to get him to divorce his wife. Veronica unwisely states that if she cannot have him, no one shall. Within five minutes Cristow is dead. Nearly everyone has a motive and most had the opportunity. Enter Inspector Colquhoun and Sergeant Penny to solve the crime.

A far-from-warm welcome greets Hercule Poirot as he arrives for lunch at Lucy Angkatell’s country house. A man lies dying by the swimming pool, his blood dripping into the water. His wife stands over him, holding a revolver.

As Poirot investigates, he begins to realize that beneath the respectable surface lies a tangle of family secrets and everyone becomes a suspect.

Agatha Christie was born in Torquay in 1890 and became, quite simply, the best-selling novelist in history. Her first novel, The Mysterious Affair at Styles, written towards the end of the First World War, introduced us to Hercule Poirot, who was to become the most popular detective in crime fiction since Sherlock Holmes. She is known throughout the world as the Queen of Crime. Her books have sold over a billion copies in the English language and another billion in over 100 foreign countries. She is the author of 80 crime novels and short story collections, 19 plays, and six novels under the name of Mary Westmacott.

3. The Hollow (Paperback or Softback)