Items related to Baptism of Fire 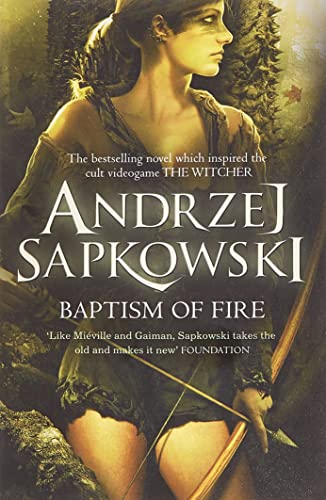 Andrzej Sapkowski was born in 1948 in Poland. He studied economics and business, but the success of his fantasy cycle about the sorcerer Geralt of Rivia turned him into a bestselling writer. He is now one of Poland's most famous and successful authors.

"New battle mechanics, a fantastic storyline, and a gritty setting make The Witcher one of the most engrossing, mature RPGs to arrive on the PC in years."―Gamespot.com on The Witcher video game

"The Witcher delivers one of the most intense and rewarding role-playing experiences this year."―GT Reviews on The Witcher video game

"The Lady of the Lake is, without any doubt, the best and most profound fantasy novel I have ever read. It is hard to put down, yet also a challenging and deeply rewarding book. And it is genuinely moving. I have never read a fantasy series like this, and suspect I never will again."―Nerds of a Feather on The Lady of the Lake